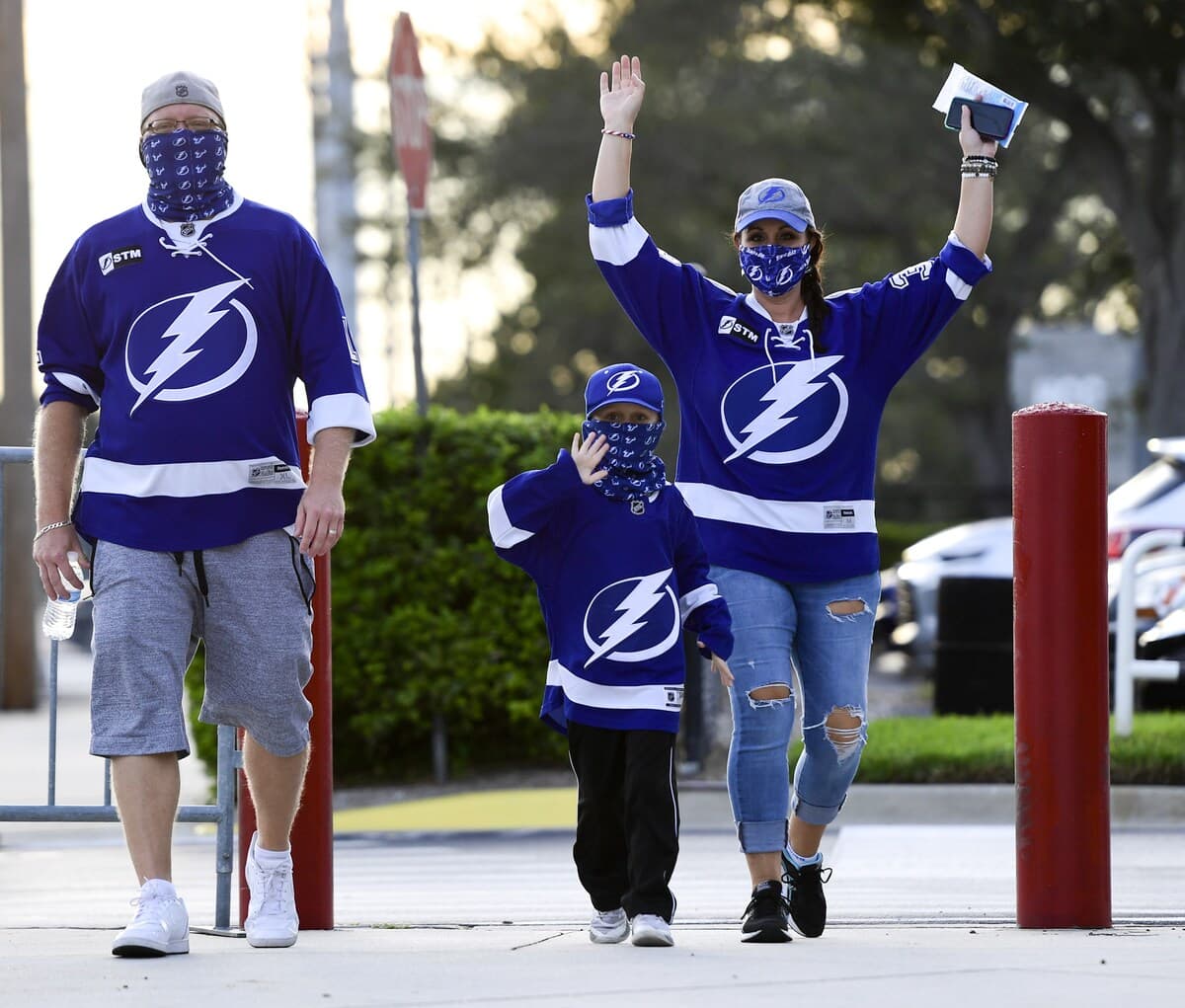 It was with a parade of boats that the Tampa Bay Lightning celebrated its second Stanley Cup conquest on Wednesday, as several fans gathered on the shores did not respect social distancing guidelines.

The Florida formation, which defeated the Dallas Stars in six games in the final in Edmonton, had yet asked fans to distance themselves and wear the mask all along the Hillsborough River.

The rallies that followed the ultimate victory had also raised the ire of many because of the omission of rules put in place by public health on Monday.

Despite everything, the players, spread over several boats, took advantage of this unique moment.

“It's incredible, we've dreamed of this since our childhood. The group here is just perfect. I think we still have a few days to celebrate, ”said Quebecer Yanni Gourde on“ Dave Morissette Live ”as he was preparing to board a boat with a few teammates.

“Honestly, it's sick! Nothing can describe my emotions at the moment! The Lightning is my family and my teammates are my brothers, ”added Mathieu Joseph.

Once on the water, the new champions passed the Stanley Cup from one boat to the next to the applause and screams of the crowd. Victor Hedman was particularly the object of the loudest manifestations of joy, when he lifted the Conn-Smythe cup or trophy, while Captain Steven Stamkos smoked the cigar at his side.

The contingent was also escorted by several police officers to prevent other boats from joining the parade.

The nautical parade was scheduled to end with celebrations at Raymond James Stadium – home of the Buccaneers – at 7 p.m., but the festivities continued beyond the established schedule on the stream.

Just over a year after being knocked out in four games in the first round of the playoffs when they got their hands on the Presidents' Trophy, the Lightning won a second cup on Monday. The first dates back to 2004, with Quebecers Martin St-Louis and Vincent Lecavalier at the forefront.