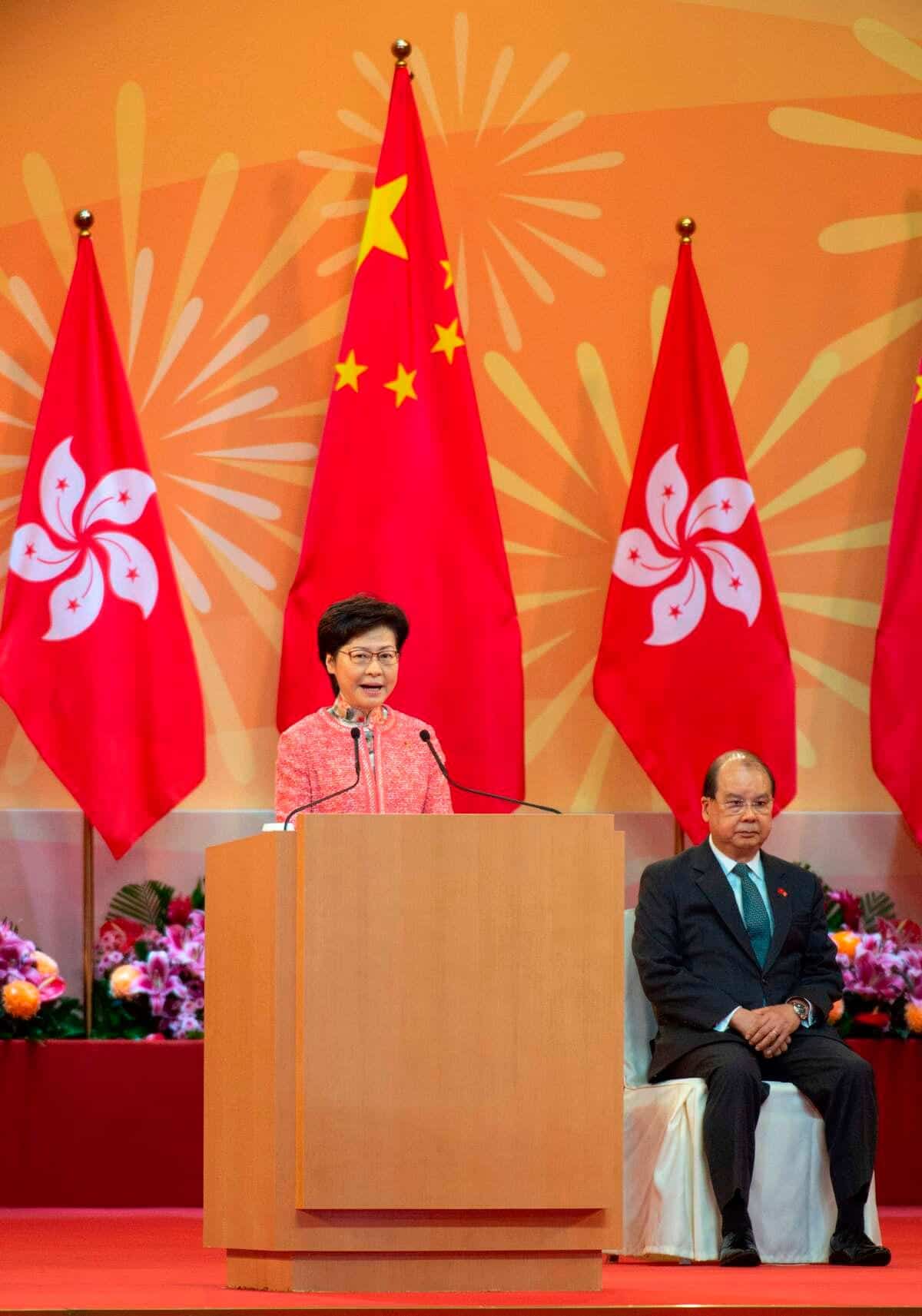 Hong Kong Chief Executive Carrie Lam on Thursday hailed the “return of peace” to the city after the Beijing-imposed National Security Law came into effect, which helped end the huge pro-democracy movement that shook the semi-autonomous territory last year.

Thousands of riot police were mobilized Thursday to prevent any major pro-democracy demonstration on the occasion of the anniversary of the founding of the People's Republic of China.

The People's Republic of China celebrates its creation every October 1, a public holiday that gives rise to highly supervised official festivities.

In the former British colony, this national holiday is also an opportunity for part of the population to express their anger against Beijing's desire to reverse the freedoms guaranteed as part of the agreement to surrender it to the China in 1997.

Helicopters displaying Chinese and Hong Kong flags flew over the territory as Ms. Lam and Chinese officials participated in an official commemoration at the exhibition center, under close protection from law enforcement.

“Over the past few months, an indisputable fact for everyone is that our society is once again at peace,” Ms. Lam said in her speech.
“The national security of our country has been protected in Hong Kong and our citizens can once again exercise their rights and freedoms in accordance with the laws,” she added.

Last year, the 70th anniversary of the founding of the People's Republic of China sparked violent clashes between protesters and police.

The authorities have banned all demonstrations this year, for security reasons and because of measures to fight the coronavirus which prevent public gatherings of more than four people.

Ms. Lam, appointed by Beijing, also invoked the coronavirus to postpone the legislative elections scheduled for early September to July for a year. It is one of the few ballots that allows Hong Kongers to vote.

A police source told AFP that 6,000 police officers were mobilized Thursday, double the number normally requisitioned when the authorities expect demonstrations.
Four members of an opposition movement on Thursday morning launched pro-democracy slogans such as “End the one-party rule”, near the exhibition center where the official ceremony was taking place, surrounded by around forty police officers.

Pro-democracy activists have called on social media for spontaneous rallies.

On Thursday morning, police began searching vehicles passing through one of Hong Kong Island's largest access tunnels, and law enforcement was widely present across the city. The request for permission to demonstrate was filed by the Civil Human Rights Front (CHRF), the coalition that organized the major pro-democracy protests last year.

The CHRF called for a rally on Thursday to demand the release of a group of twelve Hong Kong residents detained in China.
This group tried to escape to the island of Taiwan by boat but was intercepted by the Chinese coast guard and is being held in China.

Since the start of the year, it has been almost impossible to organize protests in Hong Kong. During the rare demonstrations that took place, riot police and plainclothes police quickly intervened: in a single day at the beginning of September nearly 300 people were arrested.

More than 10,000 people have been arrested for participating in protests over the past 16 months, along with several pro-democracy leaders.

Joshua Wong, one of the most famous faces of the pro-democracy mobilization in Hong Kong, was briefly arrested last Thursday, for his participation in a demonstration in 2019. The mobilization was very strong until the end of the last year, and his popularity was confirmed at the polls at the end of November in local elections, which were marked by a triumph for the pro-democracy camp.

But these thousands of arrests, and especially the arrival of the coronavirus, managed to stifle the movement at the beginning of the year.

Beijing tightened its repression in the wake, in particular through a law on national security imposed at the end of June, which notably represses secession and subversion, by providing for particularly severe penalties.