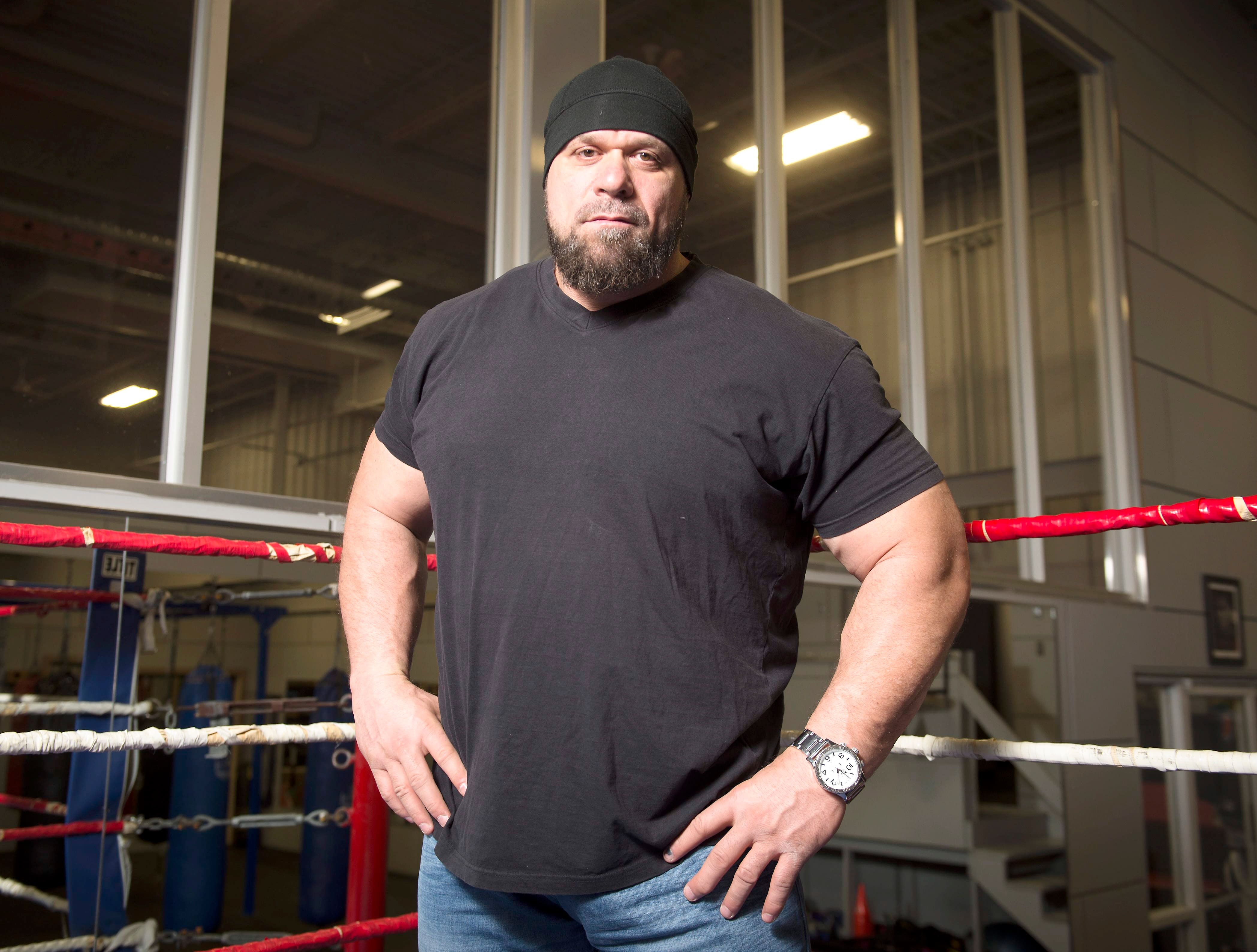 The host and strong man Hugo Girard would maintain business ties with a member of the Hells Angels and two relatives of the biker gang, according to an investigation by the Sûreté du Québec.

This is what a civilian analyst from the Sûreté du Québec (SQ), Eric Courchesne, said Wednesday before the Régie des alcools, des courses et des jeux (RACJ) in the file of the firm New Era Fighting & Promotion and its president Yan Pellerin, who are asking for a permit to organize boxing and mixed martial arts (MMA) galas.

The SQ says it is concerned about the “integrity” of the firm following a security investigation carried out at the request of the Régie.

Mr. Courchesne noted “links” that the promoter Pellerin and the one who founded the firm with him last year, Hugo Girard, would maintain with individuals “associated with organized crime”.

Girard, a former Gatineau police officer, was a 50% shareholder in New Era Fighting until recently, but no longer has any financial interest. The former strongman competitions champion would always remain an administrator, according to the SQ.

The training center Girard owns in Saint-Jean-sur-Richelieu, in Montérégie, the Hugo Gym, previously called the Pro Gym Saint-Jean, houses the activities of a company linked to bikers, according to Mr. Courchesne.

This company, Pro Boxe, counts among its shareholders the influential Hells Angel of the Montreal chapter Claude “Ninja” Pépin, who also acts as a trainer, and Luc Gauthier, ex-president of the Jokers de Saint-Jean, the late school club. of the Hells of the Trois-Rivières chapter.

In addition, Daniel Fontaine, the current manager and former president of this gymnasium, is also considered a relation of the Hells by the SQ.

Fontaine found himself guilty of possession of “several thousand tablets and vials of steroids” in 2017, added Sergeant Alain Belleau, the SQ expert on outlaw biker gangs, on Wednesday.

The police had carried out a search of the gymnasium of Hugo Girard during this investigation because of the job that Fontaine had there, according to the sergeant.

In 2003, he refereed a boxing match on the grounds of the Hells bunker in Lennoxville, a borough of Sherbrooke. In 2004 and 2005, Pellerin participated in the Sherbrooke Hells golf tournament for the benefit of the Rêves d'enfants foundation.

Sergeant Belleau said he feared “a risk of infiltration of a sector of the legal economy by the Hells Angels, who have access to colossal sums of money from drug trafficking” and could attempt to launder it in boxing and MMA activities.

The hearing in this case will resume next week.