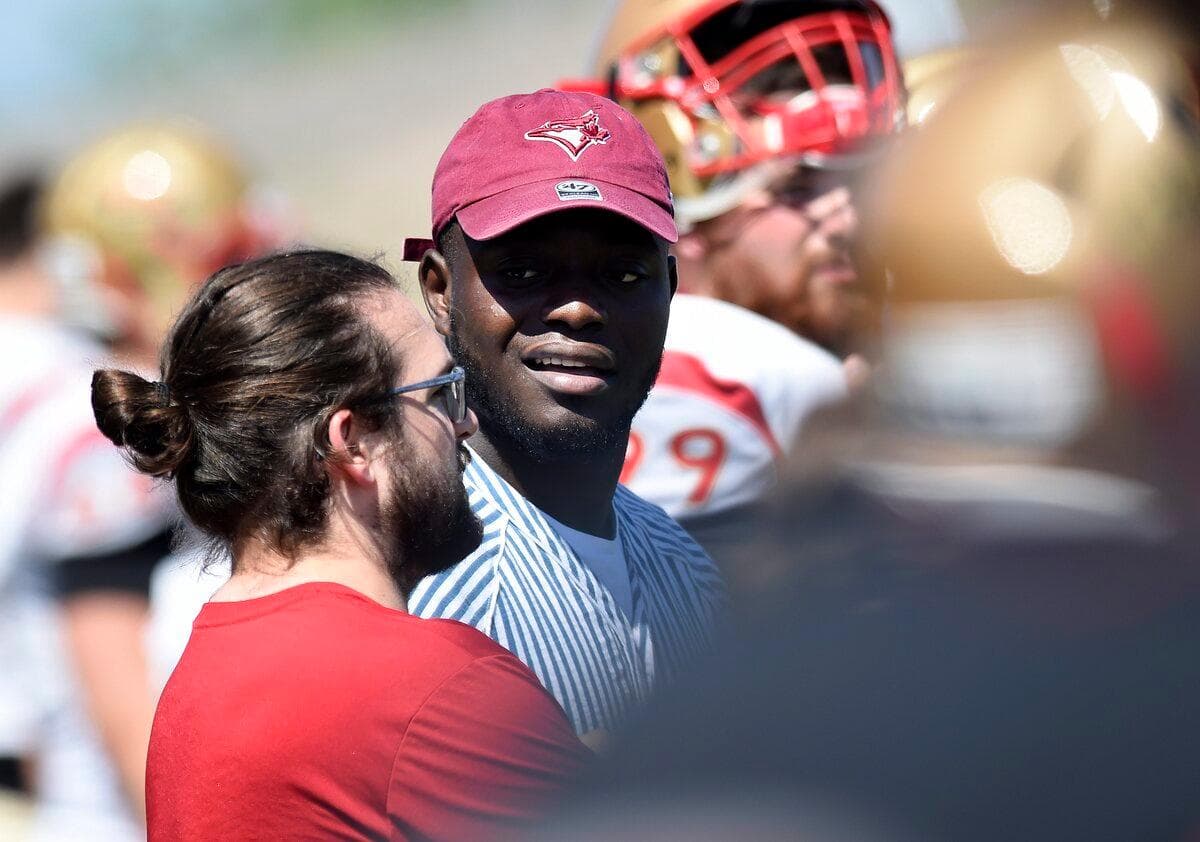 Dan Basambombo has lived in a scenario worthy of Hollywood.

A native of the democratic Republic of the Congo but raised in Ottawa, the linebacker for the Red and Gold of Laval University was selected 19th overall by the Red and Black who used his choice on a territorial basis.

“I couldn’t be more pleased, expressed Basambombo who has followed the progress of the draft in the company of his parents. I had talked often with the Red and Black before the draft. I knew their great interest and it was a possibility that they use their choice territorial to select me, especially as my friend Neville Gallimore, who is also of Ottawa, has been drafted into the NFL by Dallas.”

Inactive last year for academic reasons, Basambombo had scheduled all of the teams that told him that he would be back to Laval in the fall. “Some may say that Ottawa took a chance because I haven’t played last year, but this is not a chance because I have a talent,-he told. Even if I haven’t played, I have not wasted my time, and I took the opportunity to improve myself. I’m faster and more athletic. I thank the organization of the Red and Black to support me in my decision to return to the university ranks for one last season. Out of respect for the organization, I will participate in the training camp and I will bring this experience to Laval.”

In addition to staying in the house, Basambombo will find well-known faces in the locker room Red and Black. “I just talked to Adam (Auclair) and he is as excited as me, you end up in the same team. I’m really happy. I’m also going to meet up with my former team-mate Marco Dubois. Even if I haven’t played in 2019 and that this season is uncertain because of the COVID-19, I’m not worried. A season away from the game allows you to progress. You take this opportunity to improve on you.”

The Red and Gold has seen Kétel Enough to be selected in 8th round (65th overall) by the Red and Black. The blocker was identified as the 11th best hope of the draft according to the latest rankings.