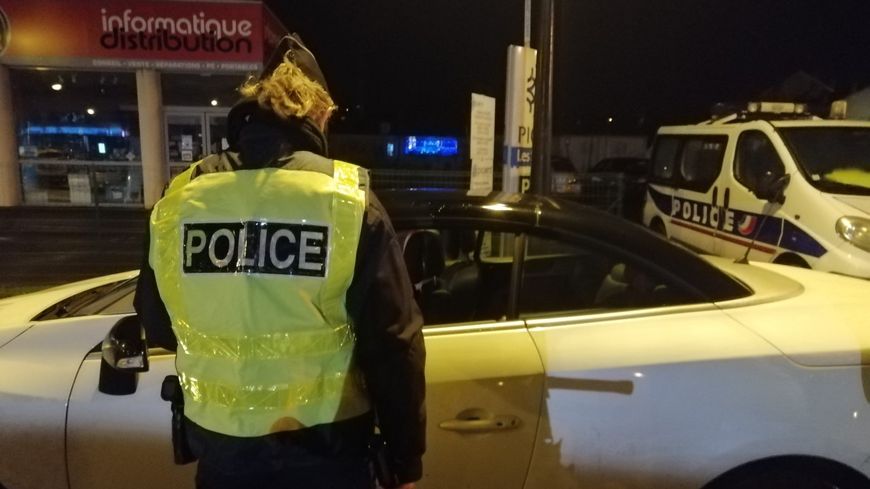 The prefect of the Dordogne had warned: the curfew controls intensified during the New Year’s Eve in the department. 400 police officers and gendarmes were mobilized to check the exit certificates from 8 p.m.

About ten police officers are stationed near the fish roundabout in Périgueux on this New Year’s Eve. The police stop every passing motorist. A woman in her white car pulls up to the side. This nurse has just debauched. The policewoman who controls her asks her for her travel certificate but the nurse does not have it: “I only have my caduceus “ she answers. “It’s not a reason” the policewoman answers him. The woman tries to find proof of address, in vain.

Finally, the policewoman decides not to ticket her because the lady is “no bad faith”. The nurse for her part speaks of a simple oversight and leaves relieved: “I wouldn’t do it again! As of January 1, 2021, I will have a certificate. It’s the right resolution”. This situation remains an exception because the majority of Périgourdins are in possession of their certificate assures the prefect Frédéric Périssat who was present at the control and the more the minutes go by, the more cars are rare: “They understood that leaving home was taking a risk”.

A strong presence in the early evening

The control strategy is different from other years on the evening of December 31 and in full cover-up explains the prefect of the Dordogne: “We wanted to be more present on the niche from 7 to 9 p.m. and until 3 a.m. rather than working from 10 p.m. to 6 a.m. There will be other units that will resume after 6 a.m.”

The objective was to saturate until 3 am – Frédéric Périssat.

During the first hour of the curfew, around thirty people were checked on the fish roundabout: most of them come home from work or, on the contrary, go to their place of work.

We should know the number of fines linked to the curfew this Friday in Périgord.