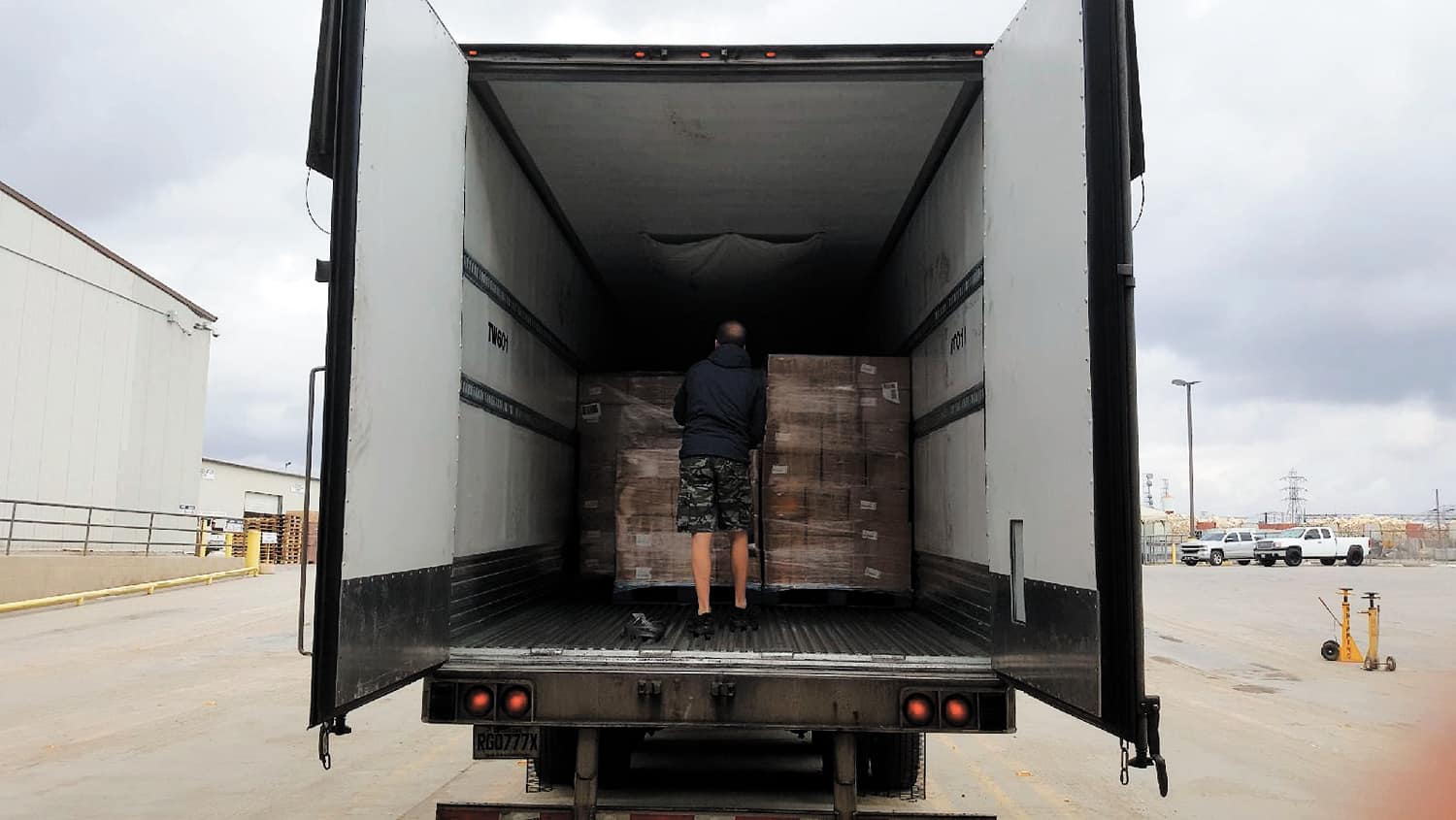 Their truck finally filled to the brim with carrots, truck drivers, Sébastien Desaulniers and Marie-Christine Marchand were back on the road, Tuesday, in the direction of Montreal.

With 190 miles, we can talk about a small day. It “has not gone as it should,” sighs, at the end of the wire, Sébastien Desaulniers.

As their truck exceeded the maximum weight limit prescribed, the two drivers have left a part of their goods in California.

The day before, they had already had the bad surprise to learn that the mégaferme where they were expected, in Bakersfield, California, was not ready to receive them. Many trucks were already in line to recover their goods.

And then, Tuesday, a new wait of four hours before they finally give the green light for the gathering of the precious cargo of carrots, bag, for grocery stores IGA in Quebec.

Recover their loading pallets of boxes of carrots was something a bit surreal.

“The employees were wearing either masks, or gloves, or both. We did not have access to the staff lounge office or to the loading docks. One is really forced to stay in the truck, ” says Ms. Merchant.

This situation adds stress, because usually the drivers have to participate in the counting of the goods.

“Normally, it is up to us to count the number of crates and pallets that are in the trailer. There, you have to really trust the client “, says Sébastien Desaulniers.

They were not at the end of their sentence. Ready to go again, they found that they exceeded the weight limits. “So we had to bring back a part of the products to the customer,” says Mr. Desaulniers.

“Now, it meets the standards, then we can get back to us with our carrots for IGA ! “exclaimed Mrs Marchand.

Through all this stress, they have been affected by the actions of a pedestrian.

“He raised his hand when he saw that it was the truck drivers who transport the food. It was heart-warming to see him greet us like that, ” she adds.

The carrots in question and should be on shelves chilled of IGA within the next week… if all finally goes as planned.

After leaving California, they will go through the southern States of the United States one after the other.

“New Mexico, Texas, Oklahoma, Missouri… and then we will go up “, lists the truck driver.

Five days ago, the couple of Trans-West is gone from the borough of Lachine, in Montreal. Since then, they take turns at the wheel, driving 12 hours to turn.

As is often the case during the return, the coming days promise to be more quiet for two regulars, who share the driving for seven years already.

– With the collaboration of Jean Balthazard, QMI Agency