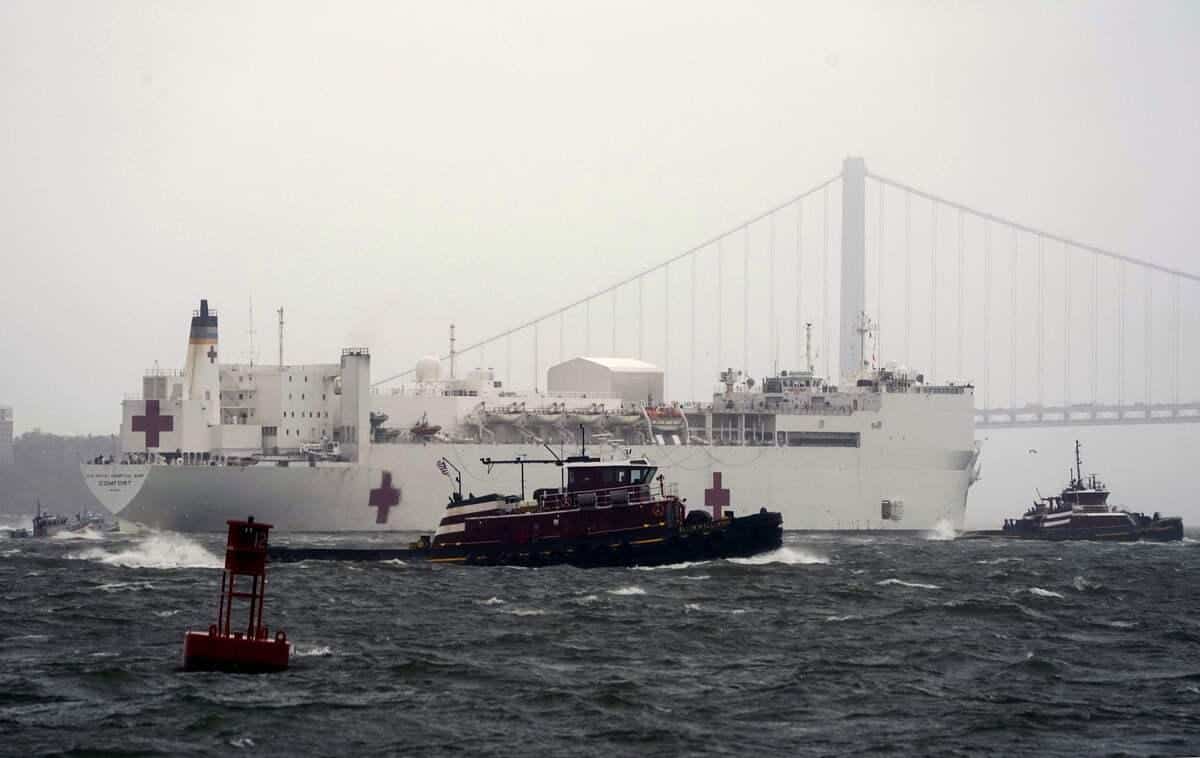 New York | Arrived on 30 march in New York city, as pandemic of sars coronavirus was booming, the hospital ship u.s. military USNS Comfort is gone again Thursday, without ever having turned to full speed.

This white boat is 270 metres long, marked with red crosses and a capacity of 1000 beds, had entered the port of New York with great fanfare, sent by the president, Donald Trump, and hailed as “a symbol of hope” by the mayor of New York Bill de Blasio.

A crowd had gathered to cheer his arrival, but on Thursday they were only a few New Yorkers to watch it depart for its home port of Norfolk, Virginia, found the AFP.

An older man clapped in silence in the light exit gently to the port of New York, between two showers.

Since the anchor point to the west of Manhattan, the boat and its crew of about 1,200 sailors were finally treated little patients: a total of 182, of which 70% were infected with the coronavirus, said on Thursday the captain Patrick Amersbach, commander for the medical part, and was quoted in a press release.

“Many of these patients suffered from rapid and multiple failure of organs, requiring a result, artificial respirators,” said the statement from the u.s. Navy.

On the basis of the propagation models of the disease, the capital of the american economy prepared to see hospitals overwhelmed, sick.

The governor of the State has ordered hospitals to increase their capacity at least 50%, or even doubling it if possible.

Finally, the worst-case scenario was not realized.

If New York remains the city in the world the most affected by the epidemic, with around 160 000 cases and more than 17,000 deaths have been confirmed or probable disease, the available capacities have never been fully used.

The number of people hospitalized in New York city, including the sick other than the virus, is income of a maximum of 20 000 to about mid-April to approximately 7.200 currently, according to figures from the Covid Data Project.

In this context, the big conference center Javits Center in Manhattan, which had been transformed into a field hospital with 2500 beds, is also expected to close next week.