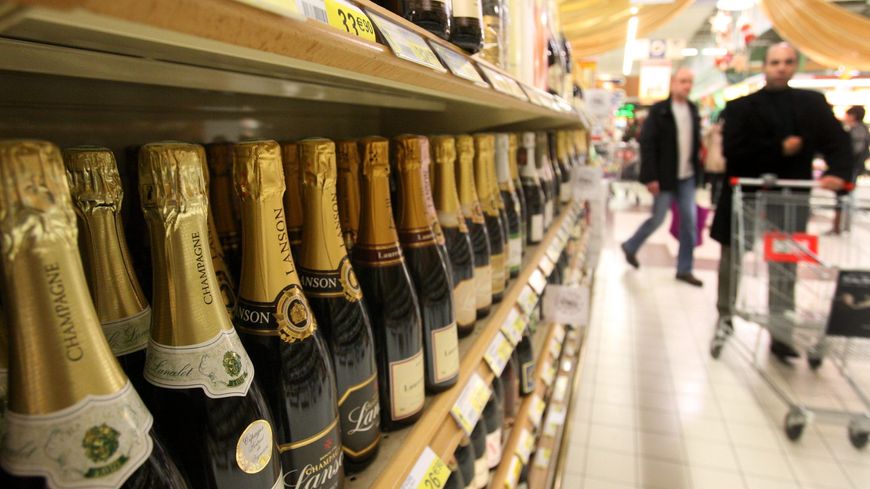 “To consume with moderation”... if you have had time to shop. Since last night 8 p.m., the sale of strong alcohol (over 18 °) is prohibited in the Pyrénées-#Orientales “for all establishments and traders” indicates the prefecture, in order to fight against possible “disturbances to public order and public tranquility”. The measure will remain in effect until 8 a.m. Friday morning.

The ban on the sale of take-away alcohol only concerns so-called “strong” alcohol (over 18 °) of category IV and V for all establishments and traders.

In Ille-et-#Vilaine, all alcohol is forbidden for sale from 4 p.m. until Friday 2 p.m., “in all food distribution establishments such as hypermarkets, supermarkets, mini markets, self-service establishments as well as in the food departments of stores whose main activity is not the sale of food”. In the published decree, the prefecture considers that “alcoholism, which leads to a relaxation of barrier gestures, could help accelerate the circulation of the SARS-#Cov-2 virus “.

Similar decision in the neighboring department of Côtes d’Armor, from 6 p.m. until 8 a.m. tomorrow, “so that the period is not bereaved by the occurrence of accidents and for prevent possible disturbances of public order and breaches of the curfew “.

No consumption on public roads

In the Yonne, the prefect forbade “the consumption and take away of alcoholic beverages […] throughout the public domain “ from 5 p.m. this Thursday and until January 3, 2021 at 8 a.m.

Alcohol consumption on public roads will also be prohibited in the Breton department, as in the Cher between 5 p.m. and 6 a.m. on Saturday.

In the Gard finally, the prefectural decree goes even until January 3 at 6 a.m., but it only concerns “temporary drinking establishments” like the “refreshments” held by “associations to promote certain events.”