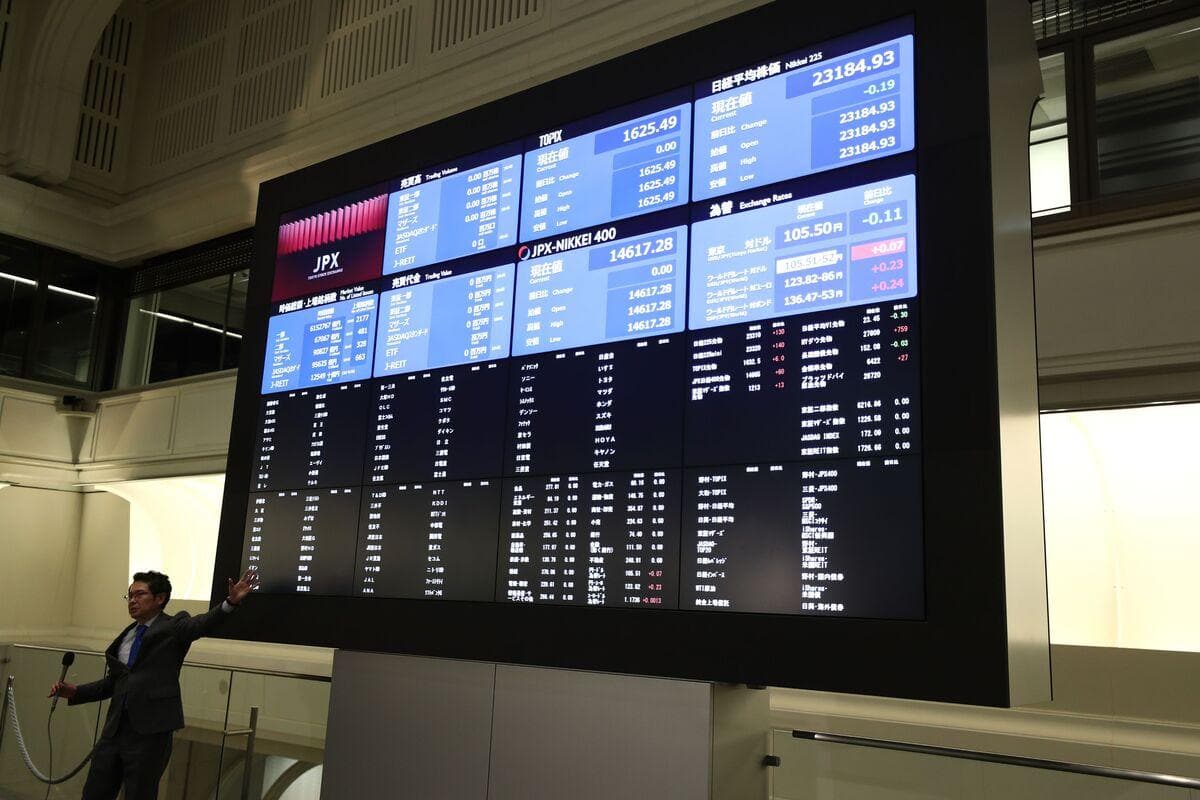 Tokyo | Trading on the Tokyo Stock Exchange was halted for the whole day of Thursday due to a technical problem even before the opening, the most serious incident in more than ten years on the Japanese market.

The blackout, involving a disruption in the transmission of market information, began early in the morning, prompting the announcement of the interruption of trading even before the opening of the Tokyo Stock Exchange, normally scheduled for 9:00 a.m.

“The Tokyo Stock Exchange has decided to stop” all trading in listed securities “for the whole day,” Japan Exchange Group said in a statement around 12:00 p.m. local time, adding that it did not know when they could resume. .

A decision on whether or not to resume trading on Friday is to be announced later, the statement continued.

No further information was provided regarding the causes of the incident, as a result of which orders to buy and sell stocks of the country's two main indices, the Nikkei and the Topix, could not be processed.

“No signs of piracy”

“We have not detected any signs of a hack,” a spokesperson for the Tokyo Stock Exchange told AFP only.

Other Japanese stock exchanges were also affected, those of Nagoya, Sapporo and Fukuoka, which use the same exchange system as Tokyo, also being at a standstill.

The Osaka Stock Exchange, on the other hand, was operating normally, Japan Exchange Group said.

The previous notable technical incident in Tokyo Square in 2018 temporarily disrupted trade, but the last total disruption, which however lasted only one morning, dates back to 2005.

Thursday's incident comes as Tokyo was slated to be one of the only major open stock exchanges in Asia, while those in Hong Kong, Shanghai, South Korea and Taiwan are closed due to public holidays.

“The suspension of trade in the market, an important infrastructure, means limited opportunities for investors. It is extremely regrettable, ”commented Japanese government spokesman Katsunobu Kato during a regular press briefing.

“An incident of this type, if it is repeated, could undermine investor confidence,” said Makoto Sengoku, an analyst at the Tokai Tokyo Research Institute.

This would risk “being seen as a demonstration of the vulnerability of the Japanese market” and limit the appetite of investors on the Tokyo Stock Exchange, he also told AFP.

The immediate impact of the incident appeared limited, however, according to Sengoku, as futures on the flagship Nikkei index were up 0.51% at midday.

In August, several cyberattacks apparently from abroad disrupted the New Zealand Stock Exchange's computer networks by flooding them with traffic, forcing the place to freeze trade for four consecutive days.